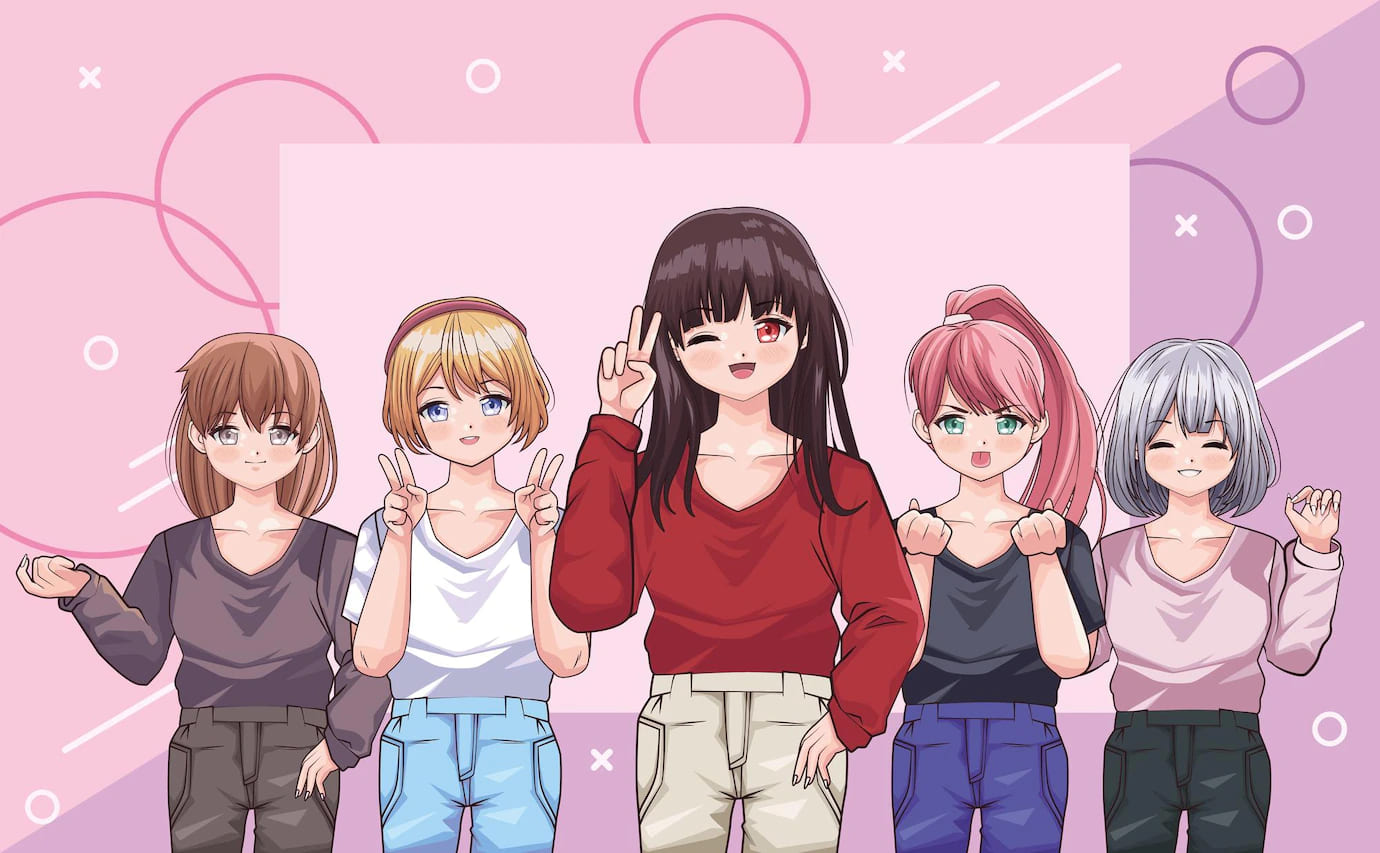 Hi readers. Welcome to the world of anime girls. There are so many articles in many places about pretty anime girls, But none of them failed to do it correctly. So we collect and rank the anime girls according to their attractiveness for you. In this list, there are girls who are both innocent looking and pure evil looking. But the specialty, all has unbeatable prettiness which melts our hearts.

Asuna Yuuki is the main protagonist of the Sword Art Online series. She is also the main love interest of the main character, Kirito. Asuna Yuuki is a beautiful young woman with long, flowing brown hair and brown eyes. She is of average height and figure. She is typically seen wearing a red and white uniform. Asuna Yuuki is the best because of not only her prettiness but also because she is a powerful fighter and a great leader. She is always looking out for her friends and always has their best interests at heart. She is a very determined person who never gives up on her goals. Asuna is very attractive and very strong at the same time.

Kaori Miyazono is a character in the manga and anime series Your Lie in April.  She is a beautiful and talented young violinist with long, wavy brown hair and big, brown eyes. Her fashion sense is unique and eclectic, and she often wears brightly-colored clothes and accessories. The personality of Kaori Miyazono is outgoing and bubbly. She loves to make friends and is always up for a good time. She is also fiercely independent and has a strong sense of self. Kaori Miyazono is a very beautiful character and her outfit is also very adorable. She definitely stands out amongst the other girls in the anime world.

Lucy Heartfilia is the main female protagonist of the Fairy Tail manga and anime series. She is a Celestial Wizard and also a member of Team Natsu. She is known for her beauty, kind heart, and competitive spirit. Lucy Heartfilia is a young woman with long, blonde hair that she keeps styled in a variety of ways, including loose curls and a side ponytail. She has brown eyes and a fair complexion. Lucy is of average height and weight. Her most distinctive features are her large breasts. she is a mix of prettiness and hotness.

Eris is the main female character of the anime series Cat Planet Cuties. She is a cat girl/Neko who is part of a group of alien cat girls known as the Catian race. She is the cutest one among all the cat girls in the universe of anime. Eris is still 16 years old and she doing her duties as an ambassador and representative of Catians on Earth. She is very kind to every species on earth and her world. Her kind personality enhances her prettiness.

C.C. is a character in the anime series Code Geass. She is a mysterious girl who gives the protagonist, Lelouch, the power of geass, which allows him to control others. C.C. is a beautiful girl with long green hair and green eyes. Inside this pretty face, there is a stubborn and arrogant girl. C.C. shows little feeling or cares for the majority of the series, acting apathetically about other ones.

Kae Serinuma is a character in the anime series Kiss Him, Not Me. She is a high school student who is obsessed with boys’ love manga and fantasizes about being in a relationship with one of the characters. It’s not a wonder because she is a beautiful and attractive anime girl with a sweet and innocent appearance. She has long black hair that is styled in a ponytail and brown eyes. Her figure is slim and well-endowed, with a large bust. She typically wears a school uniform, consisting of a white blouse, a red tie, a pleated skirt, and black socks. The special thing is there is a chubby version of her. But without any doubt, the attractive version is the first one.

Erza Scarlet is one of the main characters in the anime/manga series Fairy Tail. She is a strong and powerful wizard who is known for her scarlet hair. Erza is a member of the Fairy Tail guild and is also one of the strongest wizards in the guild. Erza is a very serious and determined person, and she is always striving to be the best. She is also very kind and caring, and she is always willing to help her friends and guildmates. However, she can also be very strict and has a bit of a temper. Erza is a powerful wizard and is capable of using a variety of magic spells. She is also a skilled fighter and is very proficient with her sword. She is a combination of beauty, kindness, and bravery.

Kurumi Tokisaki is a character in the Date A Live light novel series. She is the main antagonist of the series and the most powerful Spirit. She is known as the “Nightmare” and is feared by many. Kurumi is an ivory-skinned girl with long, black hair and red eyes. She is often seen wearing her school uniform. She also wears a black choker with a red cross pendant and black Mary Jane shoes. This pretty looking girl is brutal and attractive at the same time.

13-year-old Rachel Gardner is a very cute looking anime girl character from anime/manga Angels of Death. She is a petite girl and has blonde hair that reaches her hips. Her eyes are big blue. She is dressed in a horizontally striped black and white top, a flowy white cardigan, black shorts, and clunky black boots with silver buckles. Ray also carries a small black messenger bag with a triangular flap and wears a simple black necklace. Her physical appearance and outfit both are very cute looking. She had faced too many difficulties but her prettiness never disappeared.

Inori Yuzuriha is a character from the anime Guilty Crown. She is a shy and soft-spoken girl who is a member of the resistance group Funeral Parlor. Inori is the main heroine of the story, and is in love with the main protagonist, Shu Ouma. She is very innocent looking and has a vulnerable side. Inori is also shown to be a somewhat cold-blooded person; being able to kill enemies without much hesitation, though she also gives them a warning beforehand.

So who is your favorite girl? If you agree with our ranking or disagree? Please comment below your valuable opinion…

No comments to show.