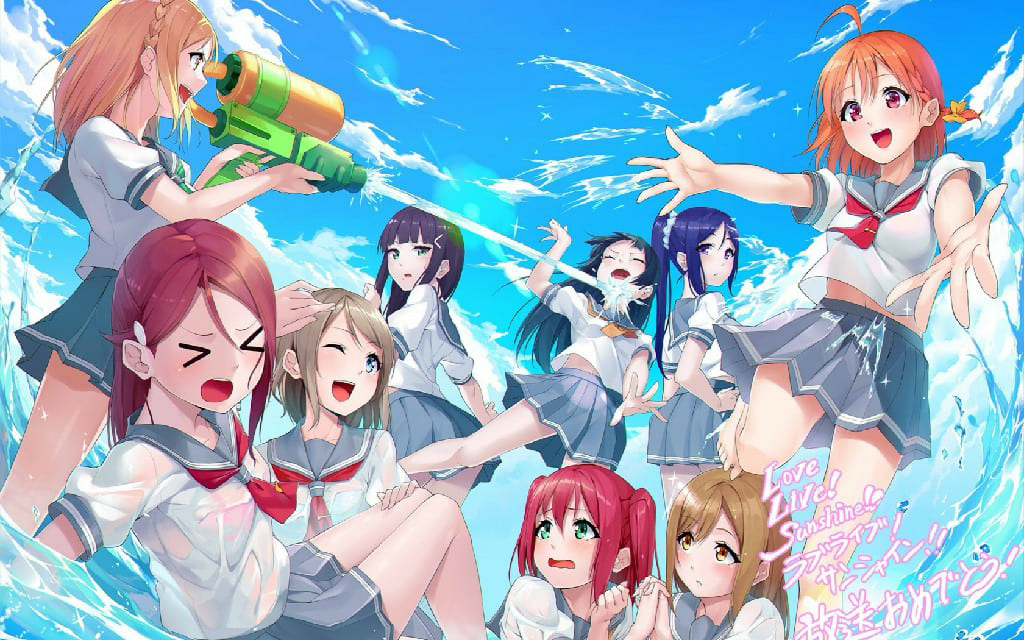 Everyone likes anime girls including me. Among those anime girl lovers, some people prefer cuteness. They love cute anime girls rather than other different types of anime girls. So in this article, we are going to discuss the cutest anime girls of all time. Also, you can find out more interesting information about those cuties. So hurry up. Cute anime girls are waiting for you. Scroll down to see them.

Kanade Tachibana, also known as an angel. She is one of the cutest anime girls all the time. Kanade is a very beautiful white-skinned girl with silver hair and gold eyes and she is shown with short hair tied in a ponytail. She wears the standard uniform of the Afterlife School. Kanade most likes eating Mapo Tofu. She has wings from her back but she can’t fly. Maybe that is the reason they call her an angel anyway she is an angel from God.

Mio Akiyama Is one of the 5 main characters in K-ON!. She is a kind and warm girl. also, she is shy and sensitive. Mio is a warm-hearted person who is in touch with her emotions. She has a sensitive side that comes out more than she would like. Mio has incredible talent; she can also play bass guitar. Mio is emotionally aware and expressive. She is academically inclined, consistently ranking among the top ten students in her grade, and an avid reader and writer.

Sagiri is incredibly cute, a young little girl with porcelain skin, long silver hair with two small pink ribbons at the sides of her head, she has big blue eyes. She is a 13 years old girl. Sagiri is also a neat person who keeps her things clean. She is best at drawing. Sagiri learned to draw from her mother at a young age. She has the ability to draw fighting scenes and big breasts. She became an artist because of her mother.

Yoshino is a cute anime girl with blue eyes and long curly blue hair. She wears a short white dress. Yoshino sometimes holds a white rabbit puppet in her left hand, the puppet’s name is Yoshinon. Going back 26 years ago Yoshino was a sickly child raised by a single widowed mother. Yoshino spent most of her life in the hospital. Most are call her Yoshi or Yoshie.

On March 14th, 1712 born Elucia de Lute Ima Everyone known as Elsie or Ellie. She has long, dark hair that is always kept in a ponytail. We can see most of the time she wears a black kimono. At home or outside, Elsie wears shorts. She wears the standard Mai-High uniform for girls to school. She is left-handed and almost never seen without her broom.

Nadeko is an attractive young girl with dark brown hair and chocolate brown eyes. She stands 153 cm (5’0″) tall and weighs approximately 38 kg. She also has long fringes that cover her eyes and she always looks down. She is shown wearing baggy, unfashionable clothing, such as a puffy orange hat and an orange coat worn over the shoulders, over a pink blouse with ribbons, baggy blue jeans, and brown boots.

Kazari Uiharu is a Level 1 Academy City student, she is a petite girl with black hair and golden-brown eyes who wears sports shorts always. Also, her eyebrows are thick. But the most striking feature is her beautiful headband made out of artificial flowers. Uiharu is usually a shy and humble person. But always friendly to everyone. She displays various advanced skills with computers, such as repelling hackers and gathering information.

Mayuri Shiina, also known as Mayushii born on February 1st, 1993. Mayuri is a petite young lady with short black hair and a light blue iris. Her hair is styled into fringes that sweep from either side. Mayuri’s brows are unusually thick. Her blue eyes are giving her an amazing look. she always wears simple and comfortable wear, also she wears a hat with the same color of clothing.

Kotori Minami is not only one of the nine main characters but also the cutest character in Love Live!. Kotori is a kind person, but she can also be gullible, her favorite food is cheesecake, also she dislikes garlic, her golden eyes give her an amazing look and her hair is the best I see on anime girls. I think she is cute as much.

Rikka Takanashi is the female protagonist in the Japanese light novel series and anime, Rikka Takanashi was described as having black hair and black eyes in the novel. Her hair is drawn in a dark purple-blue color in the anime and is tied with a yellow ribbon. She has cyan eyes and wears a yellow contact lens on her right eye, which is covered by a medical eyepatch.

No comments to show.