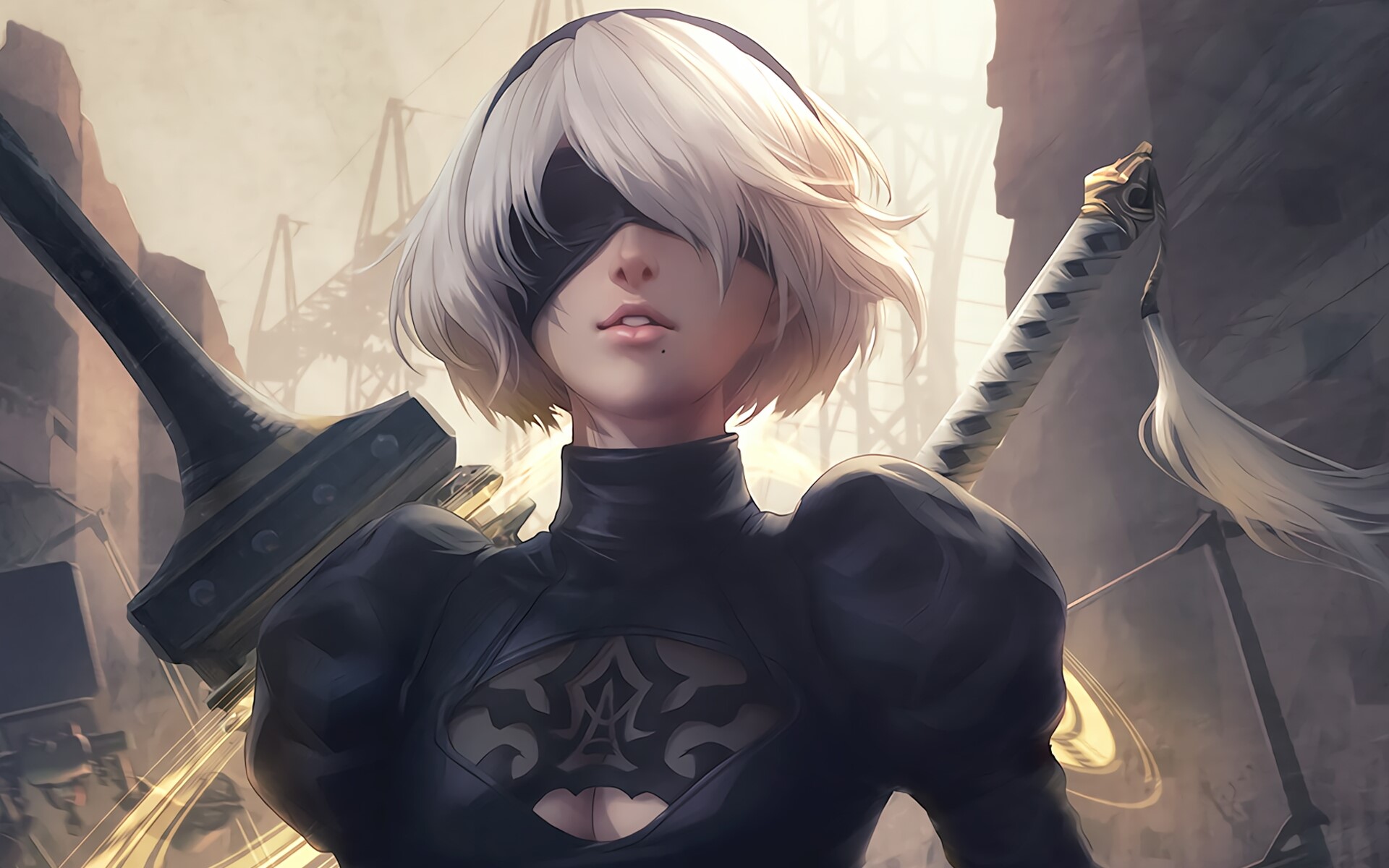 Most of the time popular anime characters are attractive because of their charming characteristics like strength, Skills, Special powers, etc. But if you are a true anime fan, you know there are anime characters with some disabilities but attractive at the same time. Among those, several characters experience blindness or near blindness.

Nunnally vi Britannia is the main protagonist of Code Geass: Nightmare of Nunnally and one of the series’ major supporting figures. She used to be the younger sister of the Eleventh Prince Lelouch vi Britannia and a Princess of the Holy Britannian Empire. She used the name “Nunnally Lamperouge” after being expelled.

Nunnally always has a very innocent look and smile on her face. Parallel to her physical appearance, her personality also is very kind and respectful. Besides her blindness, she is partially paralyzed because of bullet wounds. However, Nunnally is a very mentally strong girl and she could overcome her two disabilities: blindness and paralysis.

Komugi is the main character of the Chimera Ant arc in the anime/manga series Hunter x Hunter. Just like other anime girl characters on the list, she is also blind. But besides her blindness, she could be the World Gungi Champion and win the love of ant king “ merium”. She is a petite young lady with two ponytails of white hair. She is a very normal-looking girl and the notable thing is she always bears a walking stick. Unless she’s playing Gungi, she always keeps her eyes closed. Sometimes she is undervaluing herself. But in the real situation, she is a very polite, intelligent, and skillful girl.

Yuzuha is an anime girl character from the visual novel Utawarerumono. She is Oboro’s younger sister and friend of Aruruu and Camu. Unfortunately, Yuzuha has spent the majority of her life in bed due to undiagnosed disease.

Yuzuhas’s notable physical feature is her waist-length, navy blue hair that is silky and straight. She is dressed in a white scarf and a pale orange robe with dark blue sleeves.

Yuzuha is a kind-hearted young woman. Despite her limitations, she always has a happy and upbeat attitude. She detests being a burden because of her ill health. The best example of kindness is she refuses the death of an innocent animal if it leads to a cure for her unknown disease.

Arte is the main character of Angelic Serenade and Magical Twirler Angel Rabbie. This charming anime girl is a skillful dancer. She has a very pleasant personality and always likes to be happy. She never worries about her blindness. Her physical appearance is also very attractive. She has a slim figure and always wears Japanese traditional clothing. Arte has wavy blue colored hair. She proved that she could overcome her little physical weakness strongly by being a dancer.

Misaki is one of the side characters in Katawa Shoujo. Her sole appearance is in Act 1’s Class 3-3 CG. She is among the many cameos 4LS has inserted into the CG as members of Hisao’s class. Her original source is a visual novel, One: Kagayaku Kisetsu E, which was implanted into Katawa Shoujo later. Misaki was blinded because of a tragic incident while in elementary school. But she doesn’t care about blindness and is open with everyone. Misaki has a very attractive physical appearance. Her notable characteristic is that she has an incredibly large appetite.

Sword Maiden is a Former gold-ranked adventurer from the controversial anime series Goblin Slayer. She is formerly known as Female Bishop, and currently holds the position of Archbishop of the Supreme God at the Temple of Law.

Sword Maiden is a stunning woman with blonde hair that is wavy and about her ankles. She has large pink lips, delicate blue eyes hidden by a black blindfold, and a beautiful figure. Sword Maiden is a patient, kind person who doesn’t frequently become angry with other people. Sometimes she has very childish behavior.  Sword Maiden is always in a hidden fear of Goblins because of her unpleasant experiences with them. However, she is a brave warrior who defeated the Deamon Lord.

Irina is an anime girl character from the Heroic Legend of Arslan. She was the Princess of Maryam who was the second child born to King Nicolaus of Macedon and Queen Eleanor of Maryam. She resided in an imperial villa to receive medical care due to an eye condition. She met Hilmes there and later became his wife. She is a very pretty girl with blonde hair.

Sara is one of the main female anime characters in Samurai Champloo. She is a beautiful girl and a talented musician. Sara appears to be a nice, sweet, innocent person at first glance. But in reality, she is a secret assassin of the Shogunate. Also, she is very brutal and not hesitant to kill anyone. Sometimes Sara shows an arrogant and stuffy personality. She always dresses in a traditional Japanese kimono. A special thing about her is, She walks barefoot due to her blindness and martial arts discipline. Sara carries a Shamisen with a Kishibojin Buddhist deity charm, as well as a walking staff. This walking staff is actually a Yari(Spear), which is her weapon.

In this article, we listed blind female anime characters. From these blind anime girls, we can get many values for our life. They are always encouraged and not thinking about their disability as a weakness. These blind anime protagonists are a great example that anyone can do anything regardless of their physical weakness. Don’t forget to comment with your valuable thoughts below. Also, you can get any type of anime girl PFP images on our website.